How to not get life and God mixed up

At first glance, Truth and facts may appear to be the same thing. Unfortunately, people often confuse the two when they don’t understand the nature of God. They may suspect that God wants them to be sick or poor to teach them a lesson. Anyone who thinks that God makes them sick will struggle to receive healing, and those who believe that God has destined them to be poor may, unfortunately, always be poor. For the record, sickness and poverty are not Kingdom culture. If it isn’t God’s will in Heaven, it isn’t God’s will on Earth.

Why, then, do many believers live in a way that does not seem to reflect their faith? That, my friend, is the gap—the same chasm that Gideon faced as he struggled to reconcile his faith and his reality. It’s the gap between the way things should be and the way things are. Gideon’s gap is the difference between the Truth and the facts.

Many people believe that everything is somehow God’s perfect will. If this were the case,  however, Jesus wouldn’t have found it necessary to pray in that direction—which is exactly what He did when He taught the disciples how to pray.  (Matthew 6:9-13.) “Your kingdom come, Your will be done” reflects the will of God. “As it is in heaven” refers to how it’s done inside the pearly gates.

Here again, we find it expedient to know the mind of Christ. To seek His heart, to think as He thinks. The standard in Heaven is righteousness, peace, and joy—and there is plenty of that to be found on the Earth. But it doesn’t take a certified board of social workers to confirm that the heavenly standard is not always upheld on the planet. Just take a look around! The antitheses of those righteous characteristics—sin, stress, anxiety, sadness, hatred, and misery, just to name a few—are widespread. Yes, the Kingdom of God is alive and well on planet Earth, but the kingdom of darkness is too. The devil is busy, and unfortunately, humans often fall prey to his designs.

We can all look at our past and see the footprints of brokenness in our history. It may be an ugly word, but there it is—sin. And if we are honest with ourselves—which we must be—we will acknowledge that we allowed it. We are responsible for many of our facts, though not all. It’s impossible to shift the blame of our failures onto others (even God) when we own our mistakes and take responsibility for all that is ours.

God is always working for good, even in the middle of great trials. (Romans 8:28) Satan, the accuser, consistently works for death and destruction. (John 10:10) And of course, humans cannot beomitted from the equation, as we wield the power of choice that creates an environment conducive for the Spirit of God to move or for dark forces of evil to act. There are multiple forces at work at all times.

But God can and does use our facts to accomplish His purposes. That doesn’t mean He initiated those facts, however. You undoubtedly created many of your situations and circumstances yourself, though you probably had some help—but God has the power and the authority to use even those facts you created outside of His will. He uses them in the most surprising ways, and He does it because He is Lord of your life. He owns it all.

God doesn’t start trouble. He doesn’t initiate hatred and violence. The Lord isn’t the instigator of greed, manipulation, lust, jealousy, and pride. He doesn’t inspire humans to murder, rape, and rob. But He is still sovereign. He is still the “supreme power.” And he can use the pain, anguish, and brokenness caused by sin to bring righteousness and light to our hearts.

People often ask, Why did God allow this to happen? The answer is not always forthcoming. Sometimes there are no answers. But when such questions arise concerning events that could have been prevented—specifically, events caused by the abominable behavior of others—the answer is always about choice. This is the gift God granted to mankind in the beginning: the power to choose, to be a free moral agent, one who has the right to make moral judgments and be held accountable for their actions. God is a God of His Word, and He will not rescind that gift, even when people misuse it. But when men and women choose to operate outside the parameters of God’s law—when they stop acting like their Heavenly Father and start acting like the devil—chaos will ensue.

Jesus expresses the love and care of the Father in this verse. Nothing escapes the attention of Heaven. Bad things and tragic events do happen on planet Earth, but it’s not because God doesn’t care; He cares. It’s not that He doesn’t see; He sees. He’s not aloof and indifferent about the condition of humanity—including disease, accidents, abuse, neglect, and cruelty. Sin is the culprit. God hates sin, but humans have the right to act as they will. Even when they hurt others.

But what He can do—and will do—is use the adversity to make you better. He moves amid tragedy and evil. Like fighting fire with fire, God uses the effects of sin to fight the sin condition. He works His will in and among the unholiest of wrongs, and if you a born-again believer, you can be certain that not only can He do this regarding you, but He most certainly will do it. You agreed to this arrangement when you gave your life to Christ as your Lord and Savior. The word “lord” means the supreme authority, one who has power and control over others, one who owns it all. God does, indeed, own it all. And if Jesus Christ is your Lord, then he owns all of you—and He can use anything and everything at His disposal to bring about your ultimate good, to polish you into the very image of Himself, to prepare you for work in His Kingdom. The very thing the devil would use against you, God will use for your good and the advancement of His kingdom.

Life can get complicated. But don’t get life and God mixed up. We live in a fallen world, and that’s why bad things happen to good people. We are not overwhelmed by the threat of evil because we have hope. We have faith and confidence in our God, who consistently calls forth those “things that are not” and works to bring positive results out of bad situations. He is the ultimate in goodness; it’s who He is. He is Sovereign. He is God! 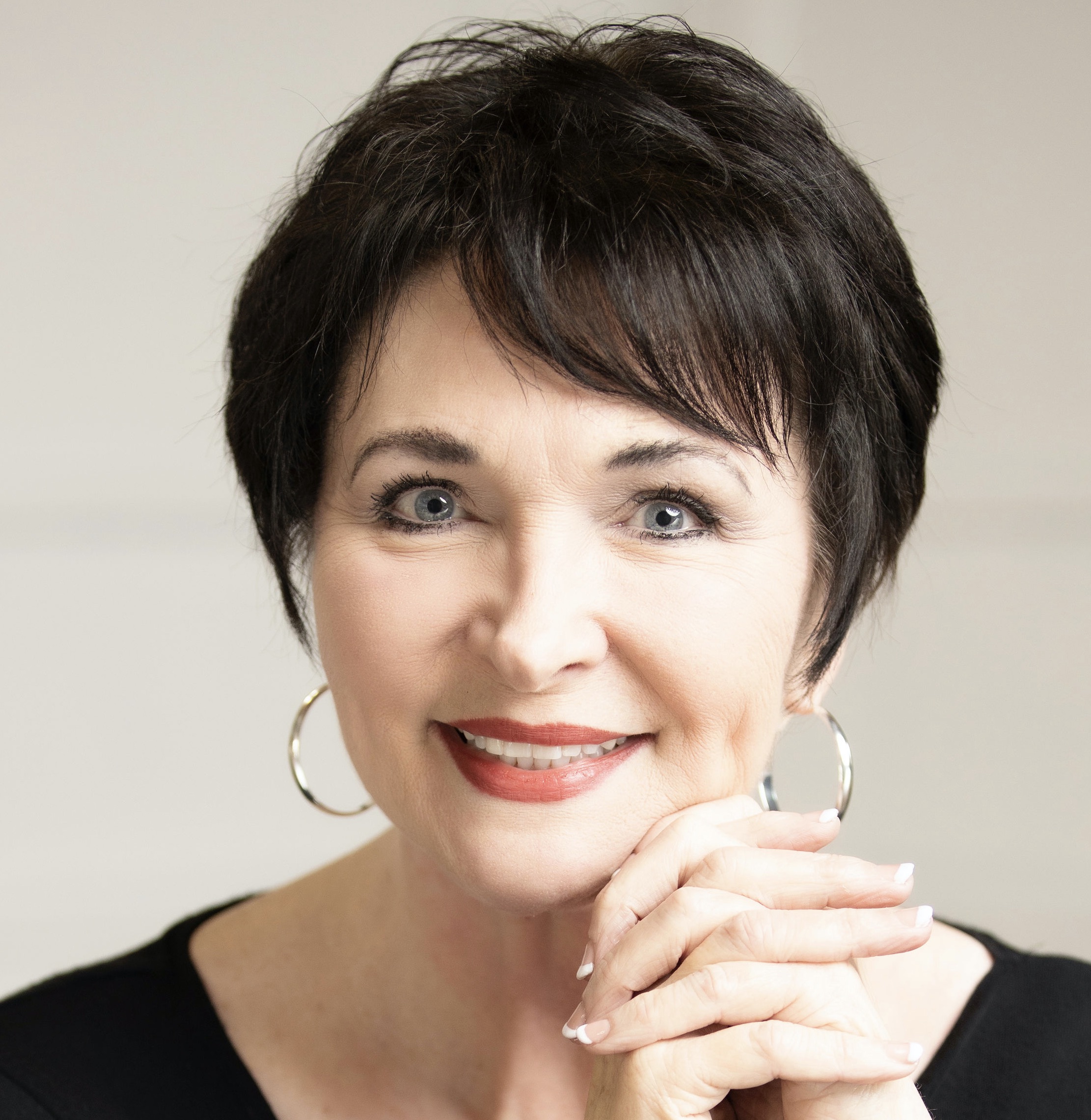 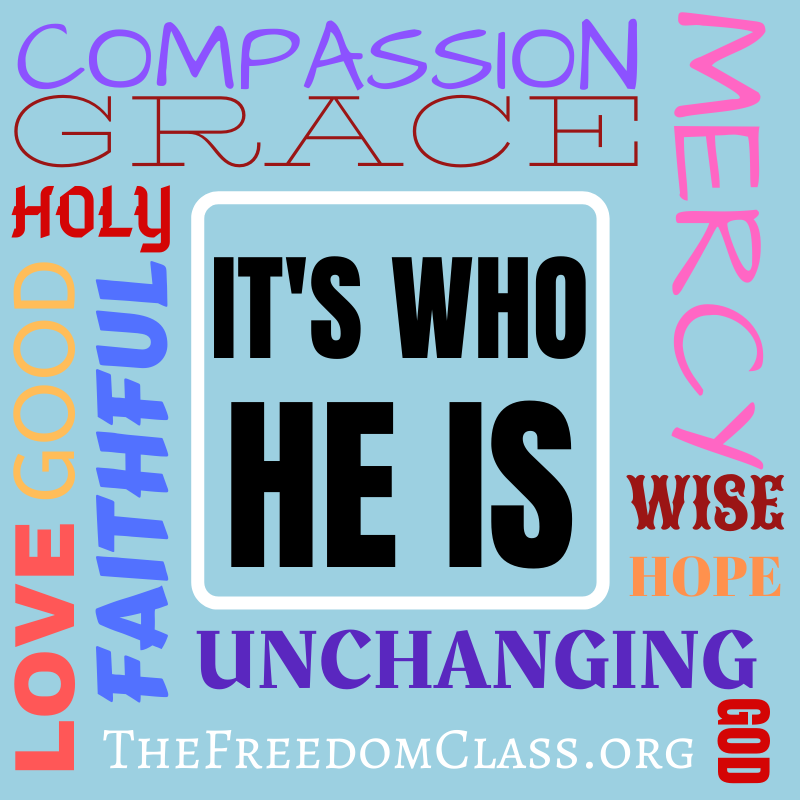 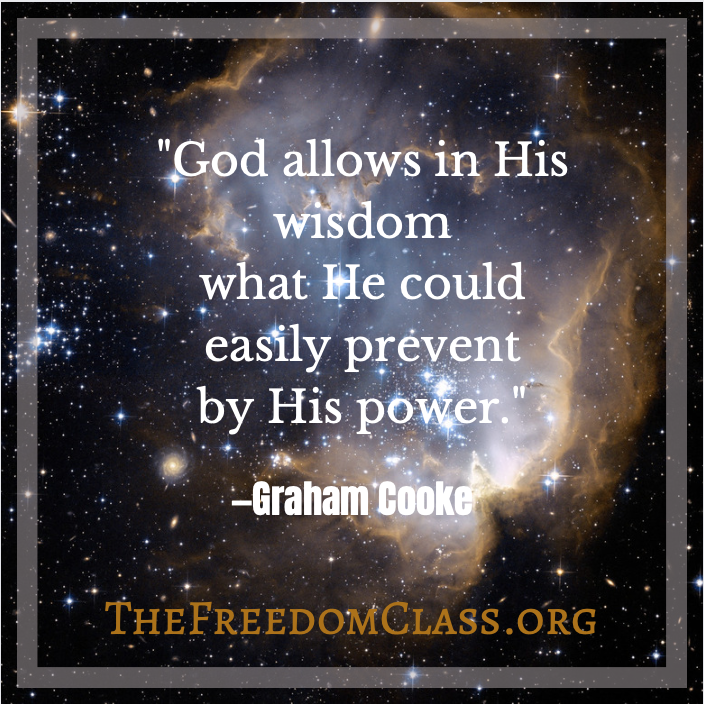 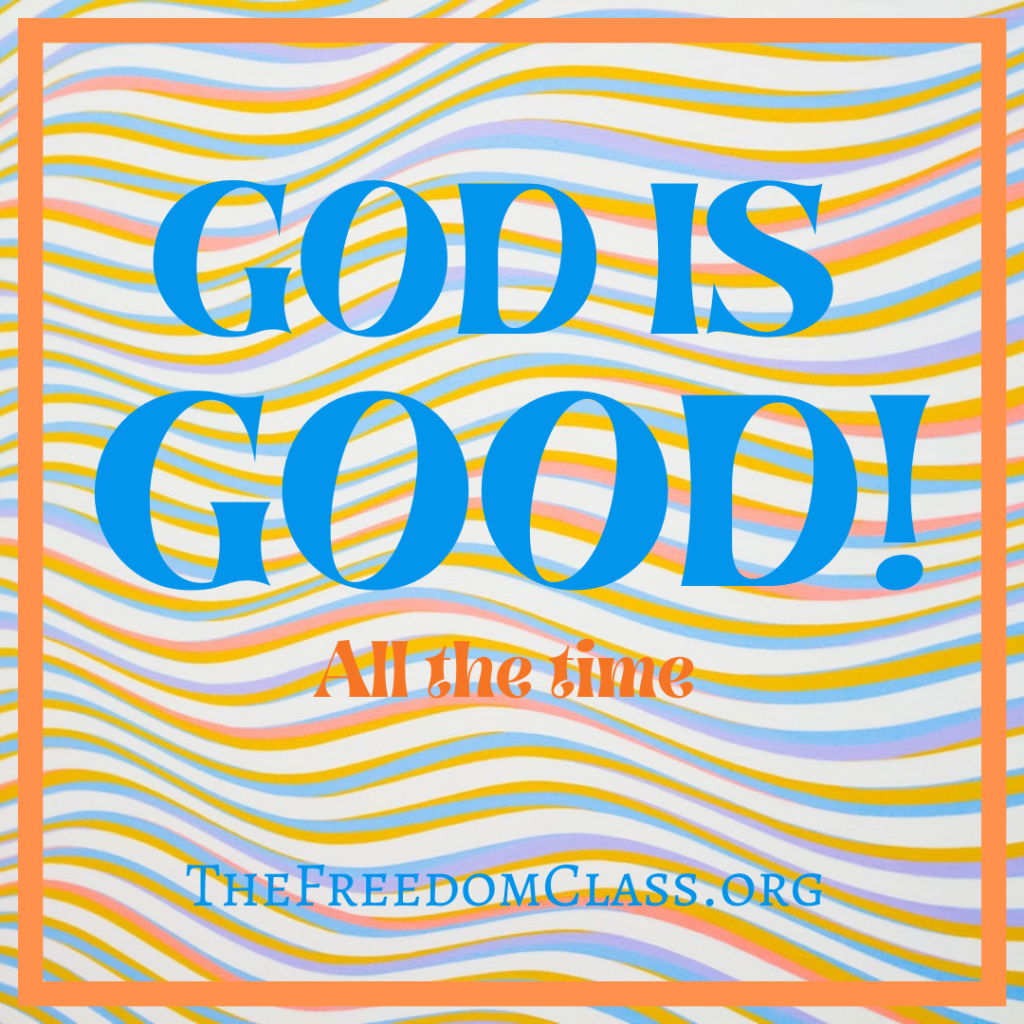