THE STING OF REJECTION

The emotional injury initiated in childhood is uniquely associated with rejection.

The following is an excerpt from Instead of Shame…

“You have a divine right to be you. When God created you, He granted you a unique personality with a specific set of gifts and talents, and He assigned to you a purpose designated by Himself. All these characteristics sum up the very essence of who you are. You are distinct, a genuine individual. There never has been and never will be another person just like you. The divine right to be your authentic self is called your personal authority.

Rejection is one person’s refusal to accept the personal authority of another. In the case of deep emotion injury originating in childhood, the parent (or authority figure) refuses to recognize the child’s personal authority and imposes their own interpretation onto the child. Rejection loudly proclaims, “This is who I say you are.”

One young woman recounted how she suffered rejection from her father. When she was small, her dad refused to pay her any special attention or coddle her or tell her she was smart or pretty, things little girls need from a dad. For a long time, she tried to get his attention, but he was cold-hearted toward her. Try as she might, she failed to win his love or approval. Finally she gave up. Strangely, as an adult, she found herself unable to maintain a romantic relationship. The girl wondered what was wrong with her. She did everything she could to make herself lovable. She was beautiful, smart, and fabulously fit, but each of her romances failed one after the other.

One day in her thirties, she realized that she was silently communicating to men, I’m not worthy of attention. This young woman had a heart bondage associated with a specific brand of rejection. Because she considered herself unworthy of her father’s love, she could not consider herself worthy of the love of any other man.

This true (and common) story is a classic example of the redefining power of rejection. Even if this little girl’s father didn’t realize what he was doing, he’d made a bold statement: “You aren’t who you think you are. You think you’re a little princess, but you’re nobody special. You think you’re smart and pretty, but I won’t acknowledge it. You think you’re lovable, but I won’t validate that.” The little girl believed what he said in his silence and lack of attention. When she grew up, that rejection manifested itself in her low self-worth and through her relationships.

Rejection begins with another’s insecurities, and it’s a form of sheer control. In this story, the girl’s father was acting out of his own insecurities, even if in some morbid way we can’t understand. (He probably didn’t understand it either.

Every atrocity attributed to the breaking of a child can be traced to brokenness in the adult. Verbal abuse is the voice of damaged self-worth, just as excessive criticism is an act of fear. When a parent or other authority figure actively rejects a child, they are responding to old emotional injuries by expressing their fears and insecurities and passing them on to the next generation.

Attempting to define the “who” of another is nothing if not control. No one has the right to dictate identity except God, who created each human being a free moral agent. Who they are is God’s business. But when parents abuse or neglect a child, that redefining force of rejection makes an indelible mark: “This is who I say you are.” Parents who misuse their God-given authority in this way are actually transferring their own fears and insecurities onto the child. That’s why it’s called a generational curse.”

In the Freedom Class, we understand that our true identity is who God says we are—and we refuse to be defined by rejection or the opinions of others. Join us today in The Freedom Class, as we deal with issues from childhood and old emotional injuries with the truth of God’s Word! 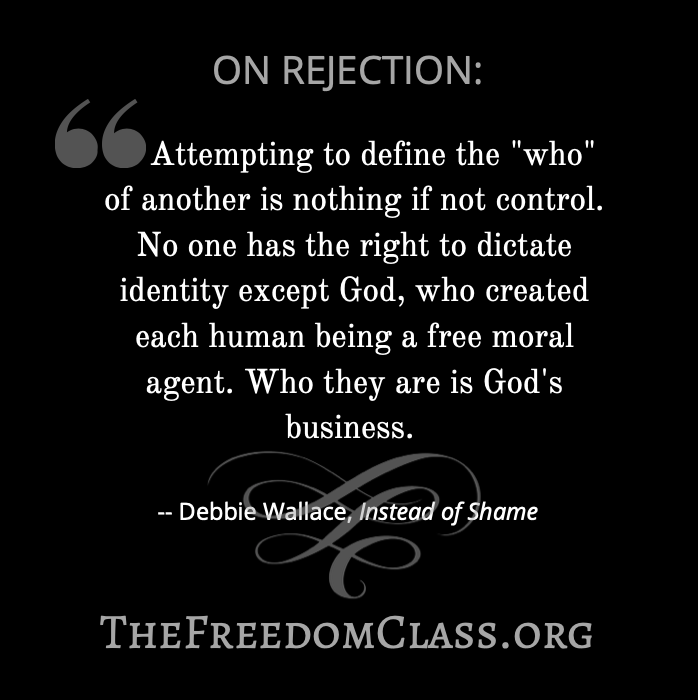 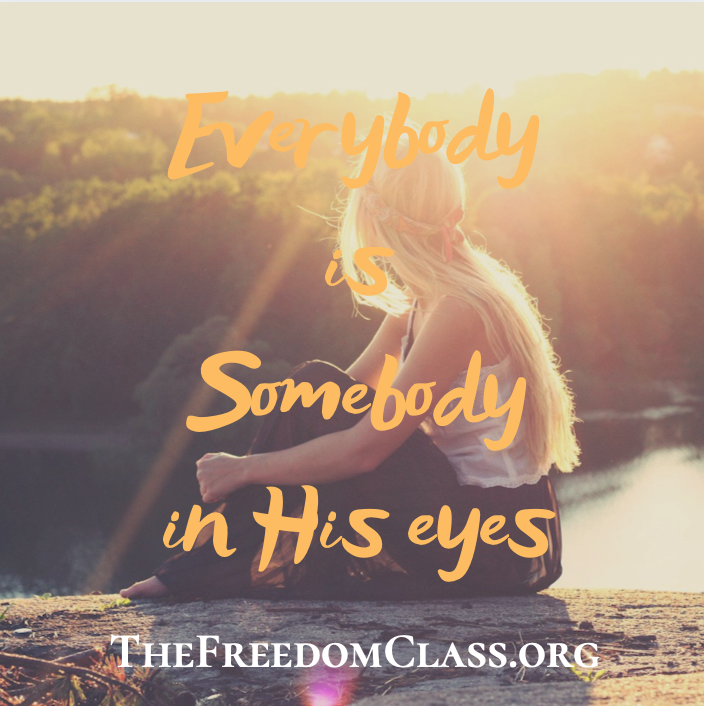 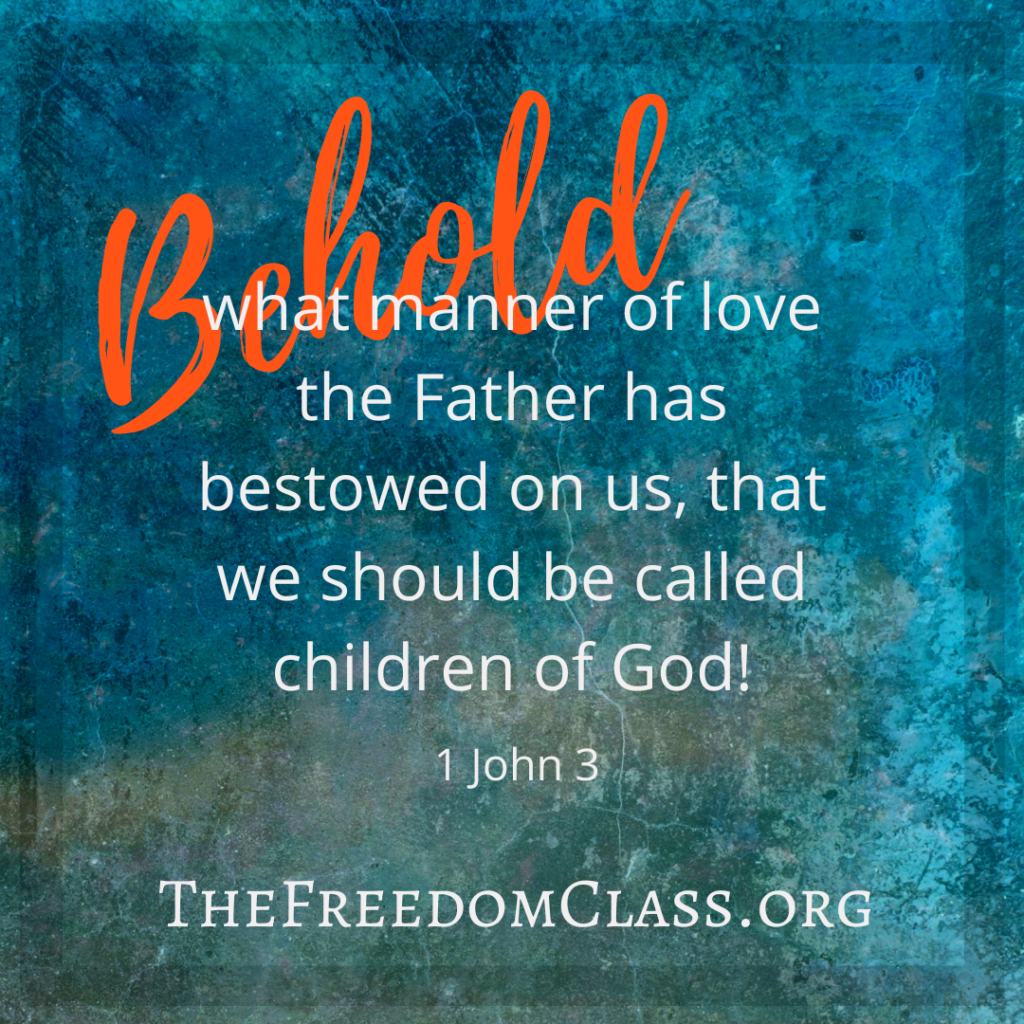